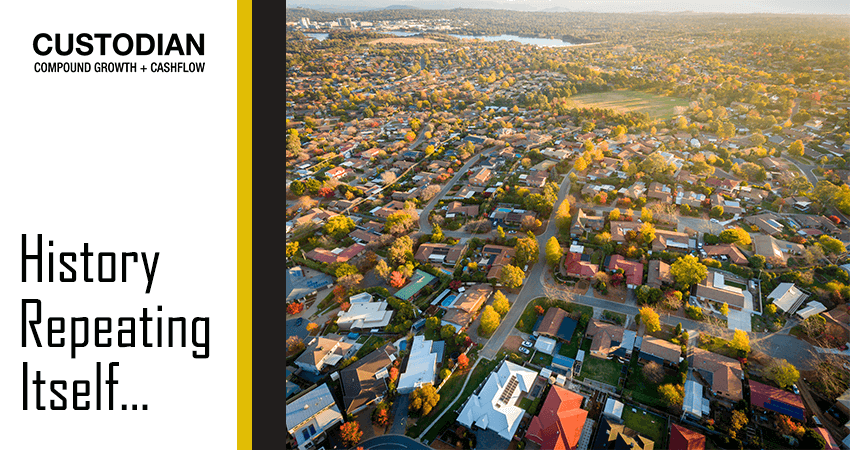 We commissioned Urbis to prepare data and report on the relationship between the Gold Coast market (which essentially duplicates as South East Queensland) and the Sydney market.

As we know, Sydney is down about 8% from its peak, so what happens next?

Interestingly, when Sydney goes down, the Gold Coast initially slows, but then as migration begins to move north - the cycle kicks in. 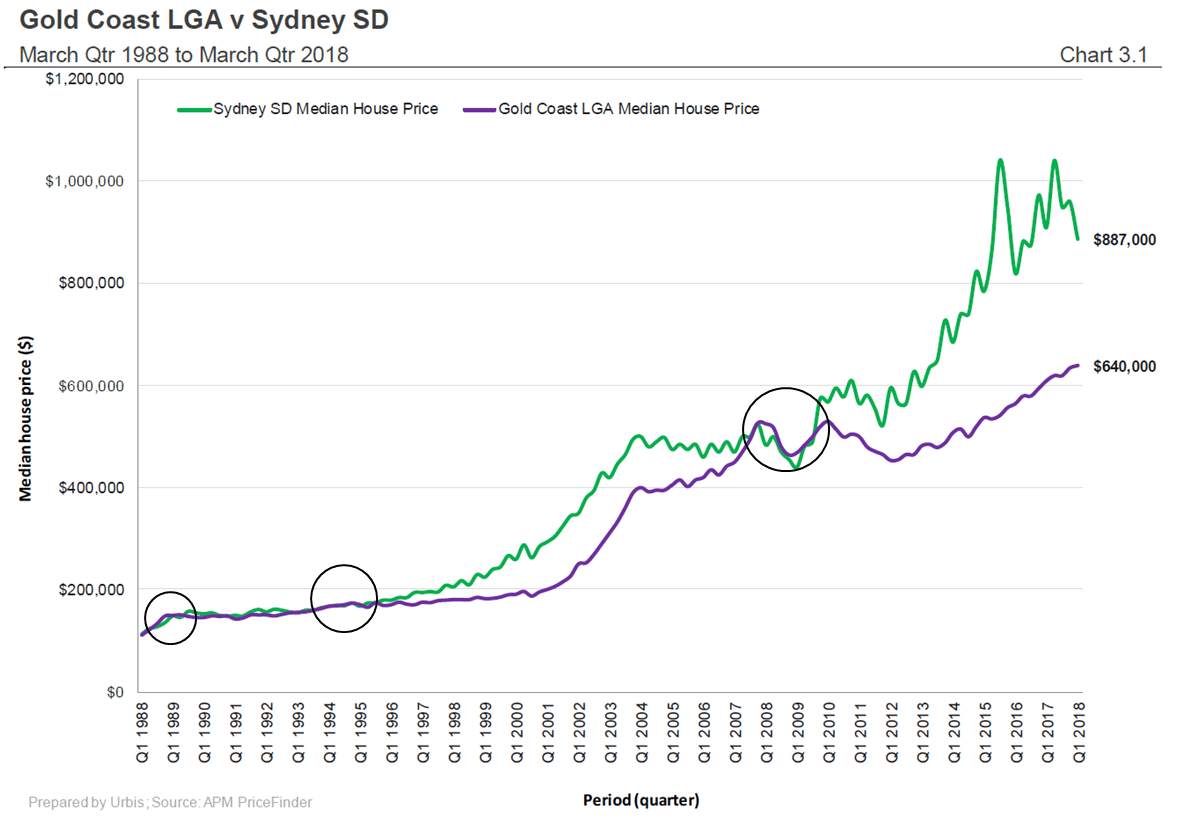 What’s even more interesting is that according to Urbis numbers, the Gold Coast median house price actually eclipsed Sydney three times in the last 30 years, as you’ll see circled above.

Migration is the key. Urbis found that interstate migration to the Gold Coast alone was up 222% in the last four years (which mirrors the rise around South East Queensland).

This is a once-only opportunity! I am happy to announce that on December 10th  and 11th, I will be hosting an advanced Accelerated Wealth seminar for a maximum of 50 people on the Gold Coast.

I often get asked about active wealth building and key motivational success strategies that I practice. I have taught them before to large audiences, and many Custodians have been to previous courses, but this is the first for a few years. I’ve also just recently finished an online program for this, called ‘7 Steps Success Strategy’ which I’m really proud of.

If you’re not busy on those dates or need a HUGE shot of adrenaline to fire you into 2019 please come along.

You can get further details by emailing nathanb@jlf.com.au.

It’s been a few months since I released any reviews, so here are my top 3 picks:

This book is about the late Robin Williams. Being one of comedy’s all-time greats, I had to pick this up. Very well written and very funny as it starts at his greatest hits from Mork and Mindy right through to Aladdin. This book was a great listen (I used Audible for this one).

Tiger Woods by Jeff Benedict, Armen Keteyian – for those in need of motivation

I don’t think we will see anybody as dedicated to a cause as Tiger Woods ever again. If you can win a PGA tour with one broken leg, and no ACL in the other, my hat’s off to you. Great read for some motivation to finish your year off strong.

Outliers by Malcolm Gladwell – for those who want something a bit more practical.

An absolute favorite of mine. This is for those that want to know what makes the successful tick. This book looks at how Bill Gates became a billionaire, what made the Beatles stand the test of time, what it takes to be a great soccer player, and why Asians are so great at maths (that’s actually a chapter). A fantastic read.

John Fitzgerald I wonder if you cover the topic ""How to Lose Wealth and around half of your investment capital in Custodian Land""- developments like Cunningham Rise in Goodna. This has had a huge impact on our Superannuation -not just the nearly $100000 gone but what it could have been if left in Super for nearly ten years-but we trusted and believed you. Notice words in past tense. Words and promises are cheap.All the land developments were terrible investments that you talked us into in your usual confident ""Ï'll help you build wealth" approach. Have you ever said you are sorry to us and and the others who followed your advice to get into these and trusted you? We can't make up this loss in retirement. A few words from you may just ease the pain,a cheque would be better!